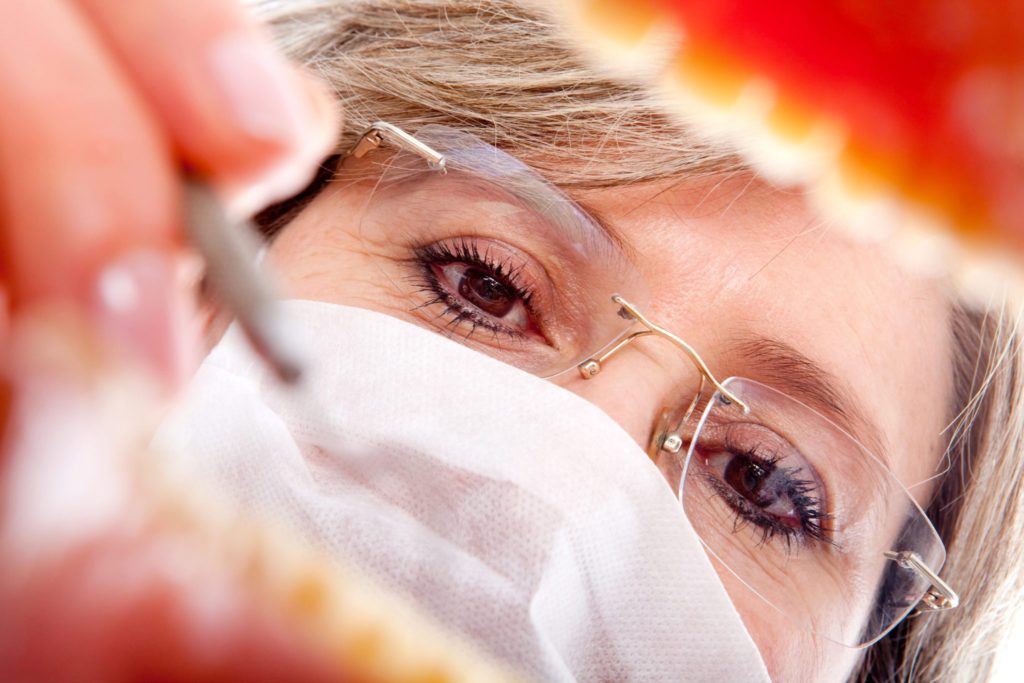 At McKinney Smiles, McKinney dentist Dr. Paul Lawrence uses every tool at his disposal to keep the smiles of his patients healthy and happy. Dentistry has made some remarkable advances in recent years with the development of new technologies that allow dentists to treat patients in new and exciting ways. These advances have taken a variety of forms, but all of them are designed to reduce the impact of oral bacteria that lead to the development of gum disease and tooth decay.

Researchers from the Buffalo School of Dental Medicine have developed a new technique that could take the fight against oral bacteria in a new direction using a lesson learned from history – the Trojan horse. Oral thrush – a yeast infection that causes the development of a white film on the throat and tongue – is caused by a bacteria commonly found in the mouths of nearly half the world’s population.

While the bacteria that causes thrush is usually harmless when found in small amounts, an overgrowth can pose a serious risk to seniors and infants, who typically suffer from underdeveloped or weakened immune systems. In extreme cases, swallowing can become difficult or even impossible.

However, researchers believe they have found a new way to combat the excessive growth of thrush causing bacteria by hiding the treatment in plain sight.

Researchers plan to hide histatin, a naturally occurring antifungal protein found in saliva, with spermidine, a compound easily digestible by harmful bacteria, and a sugary mouthwash to combat these infections.

The National Institute of Dental and Craniofacial Research funded the study.

Many individuals who have undergone treatment using antibiotics, use inhalers or wear dentures develop oral fungal infections, which are very difficult to treat with most available medications.

Earlier studies conducted by researchers have found that histatin enters the bacteria that causes oral thrush using the same pathways as spermidine. Researchers also discovered the presence of glucosamine, a simple sugar, made fungus more receptive to outside compounds. To provide histatin the ability to enter fungus more easily, researchers attempted to bind the protein with spermidine to create a chemically engineered compound.

Researchers hope to study the effectiveness of the compound on oral thrush in mice. Researchers also hope to test the usefulness of a mouthwash with glucosamine in priming the fungus to accept the compound.

Researchers hope to discover the optimal dosage and treatment procedure to fight the infection of in humans.

While there are some existing medications for oral thrush, many patients avoid following the directions when it comes to taking their medications due to the bitter taste. However, by introducing sugars and proteins naturally found in saliva, researchers hope to produce a form of treatment that’s not only more effective, but tastes better as well.

Patients of McKinney dentist Dr. Paul Lawrence who wear dentures and orthodontic retainers also have an increased risk of developing thrush, as the bacteria that causes the condition thrives in the warm, moist environments found where the plastic of the oral devices sit in the mouth. Over half of denture-wearing adults in the U.S. suffer from thrush. Over 30 million people wear partial or complete dentures, according to the American College of Prosthodontists.

If you believe you’re at risk of oral thrush or want to know more about what causes the condition, be sure to ask Dr. Lawrence during your next appointment at McKinney Smiles.