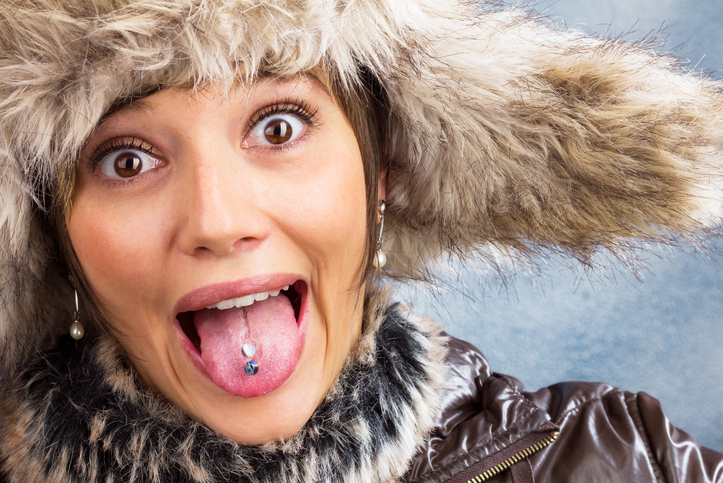 As a sleep apnea dentist in McKinney, Dr. Lawrence often advices patients on the best practices for helping to reduce the symptoms caused by their sleep disorder. Frequently, patients who deal with obstructive sleep apnea are told to lose weight, as weight gain can exacerbate apnea symptoms. Now a new study suggests that losing fat in a very particular area may prove the key to combating sleep apnea – the tongue.

If you were not aware that the tongue can actually gain fat, your sleep apnea dentist in McKinney wants you to know you’re not alone. Most patients don’t realize the tongue can increase or shrink in size due to an increase in fat deposits. However, when it comes to treating sleep apnea, the anatomy of our tongues could play a key role.

A common sleep disorder, obstructive sleep apnea (OSA) occurs when the muscles in the throat fail to keep the body’s airway open during sleep. As a result, people who experience sleep apnea wake up repeatedly throughout the night, depriving them of the deep REM sleep they need to feel rested the next day. Sleep apnea patients often deal with feelings of chronic fatigue, daytime drowsiness, and an inability to properly focus.

Approximately 25 million Americans deal with some form of sleep apnea, according to the American Academy of Sleep Medicine. While the disorder can affect people of all weight and ages, obesity increases an individual’s risk.

Not everyone who’s overweight develops sleep apnea, however. A 2014 study found that when comparing obese individuals without apnea to thinner people with the sleep disorder, those who deal with OSA have larger tongue with more fat tissue.

That lead researchers to question whether losing tongue fat could help to treat patients with apnea.

Researchers examined 67 OSA patients who were classified as obese and who participated in some type a weight loss program, either through surgery or by making lifestyle changes.

Unsurprisingly, patients who lost weight showed the greatest improvement with their sleep apnea. Prior to the study, participants who lost weight experienced 41 apnea events (a pause in breathing) for every hour of sleep. After losing the weight, that dropped to just 19 events an hour.

While weight loss alone might be credited for the change, MRI images taken before and after the study reveal even more information: A direct correlation existed between the loss of tongue fat and the sleep apnea symptoms a patient exhibited.

In fact, a slimmer tongue accounted for roughly 30 percent of the benefits a patient received by losing weight, according to researchers.

Participants who lost weight were also found to show reductions in certain airway and jaw muscles, and those changes seemed to have a positive effect on a patient’s OSA. However, researchers determined tongue size a more important factor.

The results of this study were published in the American Journal of Respiratory and Critical Care Medicine.