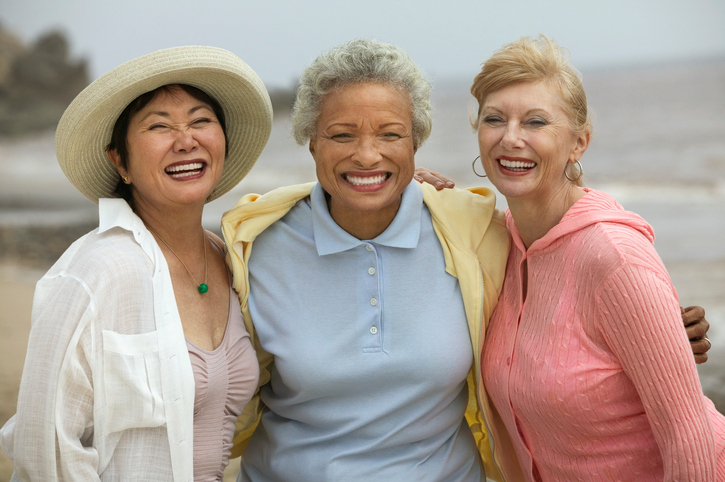 Dr. Lawrence, best dentist McKinney, strives to educate all of this patients on the importance of practicing quality oral hygiene at home. While it’s easy to think of oral health as only having to do with your teeth and gums, a surprising amount of research actually paints a far different picture – The health of our smiles can actually say a lot about our overall health.

For over 100 years, dentists have believed that a connection exists between our oral and overall health. Over the last several decades, research has confirmed this belief through findings that have suggested a strong connection exists between such common oral health problems as gum disease, tooth loss and cavities with a range of chronic illnesses that include heart disease, stroke, diabetes and cancer.

Now a recent study has dentists like Dr. Lawrence encouraging patients to maintain their oral health in order to reduce their risk for Alzheimer’s disease.

Published recently in the journal Science Advances, the study discovered a potential link between P. gingivalis – a type of common bacteria associated with the development of gum disease – and Alzheimer’s. This study has helped to confirm earlier research that found dental bacteria in the brains of Alzheimer’s patients.

The Connection Between Alzheimer’s & Gum Disease

As part of the study, researchers examined brain tissue, saliva and spinal fluid collected from both living and deceased Alzheimer’s patients. In the collected samples they found evidence of P. gingivalis. A toxic enzyme secreted by P. gingivalis called gingipains was found in 96 percent of the brain tissue samples examined by researchers, with higher levels of the toxin found in samples of patients with the symptoms of Alzheimer’s.

Additionally, researches also noted the presence of P. gingivalis increased the brain’s production of amyloid beta, a component of the amyloid plaques, the buildup of which contributes to the development of Alzheimer’s. Through the use of animal testing, the study confirmed that P. gingivalis can travel from the mouth to the brain, and that related gingipains can destroy neurons in the brain. The findings of this latest study are important because they suggest a biological mechanism for how the bacteria related to the development of gum disease may also play an important role in the development and progression of Alzheimer’s.

Pointing to the results of this study, the American Academy of Periodontology (AAP) said that patients now have another compelling reason why to make their oral health a top priority.

“Periodontists have long known that a healthy mouth contributes to a healthy body, and research has suggested an association between gum disease and dementia,” wrote Dr. Richard Kao, president of the AAP. “These recent findings present strong evidence on how gum disease can impact the pathogenesis of Alzheimer’s and should highlight just how crucial it is to manage gum disease, especially in older adults or in individuals with an increased risk of dementia.”

While the results of this study add to the growing amount of evidence supporting a link between Alzheimer’s and gum disease, additional research is still required for doctors to gain a better understanding how the bacteria responsible for gum disease can help to accelerate the progression of Alzheimer’s.

While further research delves into discovering this connection, patients of Dr. Lawrence should keep the results of this study in mind when planning on how to best address their oral health. By scheduling regular exams and cleanings with our team at McKinney Smiles, you can significantly lower your risk for gum disease and dementia.

What this and other studies have shown us is that we can no longer ignore the important role our oral health plays in helping us maintain a healthy body. Failing to brush, floss and receive regular exam may not just impact the health of our smiles, but our future overall health as well.